NOTE (2019-07-08): As of this date, no fixes for these vulnerabiltiies have been released by Fortinet or Dynacolor. When any fixes or public statements become available, I will revise this post.

In March of 2019 I discovered five vulnerabilities in Fortinet’s FortiCam FCM-MB40 product.

Part-way through disclosing this vulnerability, I discovered that the FCM-MB40 is manufactured by a company called Dynacolor Inc, which calls the product “Q2-H”.

The FortiCam FCM-MB40 software version which I found these vulnerabilities in was the latest version at the time (and at the time of posting this, still is), v1.2.0.0.

As of the date of publication (2019-06-19), no fix for these issues has been released or announced by Fortinet or Dynacolor.

All five of these vulnerabilities are currently pending CVE assignment, and this page will be updated when they have been assigned.

The first (1), CVE-2019-13398, is an unsanitised input vulnerability in the FortiCam’s admin web interface, resulting in remote command execution as root, when authenticated as an administrative user.

The second (2), CVE-2019-13401, is a cross-site request forgery (CSRF) vulnerability which allows an attacker to fool a browser logged in as the “admin” user into forging requests which can reconfigure the FortiCam in any way that the “admin” user is able to from the web interface.

The fourth (4), CVE-2019-13400, refers to the insecure (cleartext) storage of administrative password credentials on the device.

The fifth (5), CVE-2019-13402, is a vulnerability whereby the device’s “factory reset” function does not sufficiently reset the device.

Below, I will cover all five vulnerabilities in detail.

Many CGI scripts in the FCM-MB40’s /cgi-bin/ web directory pass input from user-provided parameters directly to shell commands such as sed without sanitising or verifying the input.

An attacker with admin access to the web interface is able to gain command execution as root, which would allow them to implement persistence, and have full covert control over the device for an indefinite period of time.

The below proof-of-concept python script exploits a call to sed in /cgi-bin/camctrl_save_profile.cgi which directly uses the parameter name from the user’s GET request to modify the contents of /cgi-bin/ddns.cgi to execute a reverse shell using netcat.

The line of code being exploited in camctrl_save_profile.cgi is line 64, shown below (whitespace modified for ease of reading):

Note the $name parameter is directly inserted into the sed command without sanitisation.

This allows the attacker to take control of sed to modify the contents of any arbitrary file.

Before running the above script, we run nc -nvlp 1337 on our host, to catch the reverse shell that will be executed on the camera.

We then send a request to the camera, requesting ddns.cgi, causing our nc command to be executed as the root user.

After the reverse shell connects back to us, we can verify that the exploit has successfully run as the root user:

From this point, it is possible to take complete control of the camera in any way we like.

An attacker could utilise widely known default credentials and network reachability to covertly run commands as the root user, implanting a persistent callback to their command and control server which will remain on the camera until it’s firmware is upgraded.

All CGI scripts in the FCM-MB40’s /cgi-bin/ web directory allow an attacker to fool a logged-in “admin”’s browser into forging requests which can reconfigure the FCM-MB40 in any way that the “admin” user is able to from the web interface.

An attacker who knows the IP address of a FCM-MB40, and who is able to trick an “admin” user into opening a crafted webpage, is able to reconfigure the FCM-MB40 on behalf of the “admin” user, without their knowledge or authorisation.

The below are some (non-exhaustive) example changes that the attacker could make to the FCM-MB40 by exploiting this CSRF:

These changes are possible because the FCM-MB40’s web interface uses GET parameters to influence the device’s configuration state.

For example, to change the device’s hostname, a user simply needs to visit the following URL when logged in as the “admin” user:

It is trivial for an attacker to trick a user’s web browser into performing a GET request to a URL such as the above.

NOTE: After this issue has been exploited, the state of the system will have changed, and future exploitation attempts may require modification.

The FortiCam FCM-MB40 and other FortiCams utilise a hardcoded, preconfigured SSL certificate for their web administration interface.

This could allow anybody with access to the traffic to decrypt after the fact, or man-in-the-middle the traffic if they are in-line.

The FortiCam FCM-MB40’s Mbedthis Appweb web server uses an SSL certificate deployed with the firmware, and is never changed unless the user chooses to regenerate a new certificate.

Effectively, all FortiCam FCM-MB40’s use the same SSL certificate, meaning that any user with access to one of the cameras is able to decrypt the SSL traffic for any FCM-MB40.

The below lines are extracted from /etc/appWeb/appweb.conf, which identify the certificate for the camera to use:

A description of the listed certificate (private key excluded) is included below:

Using the above certificate, and the corresponding private key, anybody who gains access to the SSL traffic from an FCM-MB40 is able to decrypt it, which can expose the admin credentials, even if the camera is joined to and managed by FortiRecorder.

The FortiCam FCM-MB40 stores the username and password configured for the administrative web interface in cleartext on it’s filesystem.

The login credentials for any user allowed to log into the web interface are accessible in the file /etc/appWeb/appweb.pass.

These credentials are also accessible from the following URL on the camera’s web administration interface: /cgi-bin/getuserinfo.cgi?mode=info.

If a user gains read-only access to the device’s filesystem, or web administration interface, they are able to acquire the credentials used to administer the device.

Due to this issue, a user with filesystem access is also able to read the password which FortiRecorder sets on a FortiCam FCM-MB40.

An adversary with temporary access to the device could implant a backdoor account or service which would not be removed when undertaking a factory reset.

If low level access is gained to a FortiCam MB40, and filesystem modifications are made, these are not reverted when the device owner executes the factory reset function.

The factory reset function is implemented in /usr/sbin/default.sh and /usr/apache/htdocs/cgi-bin/admin/hardfactorydefault.cgi.

Both of these scripts reset some configuration parameters.

After executing the factory reset function, a backdoor previously installed, such as a malicious cron entry or changed root password, is not removed.

If you are using the FortiCam FCM-MB40 devices, consider the below tips in order harden your device, and protect your network.

Thanks to Fortinet for their timely and friendly co-operation, and to my employer, RIoT Solutions, for allowing me to perform this research as part of my work. 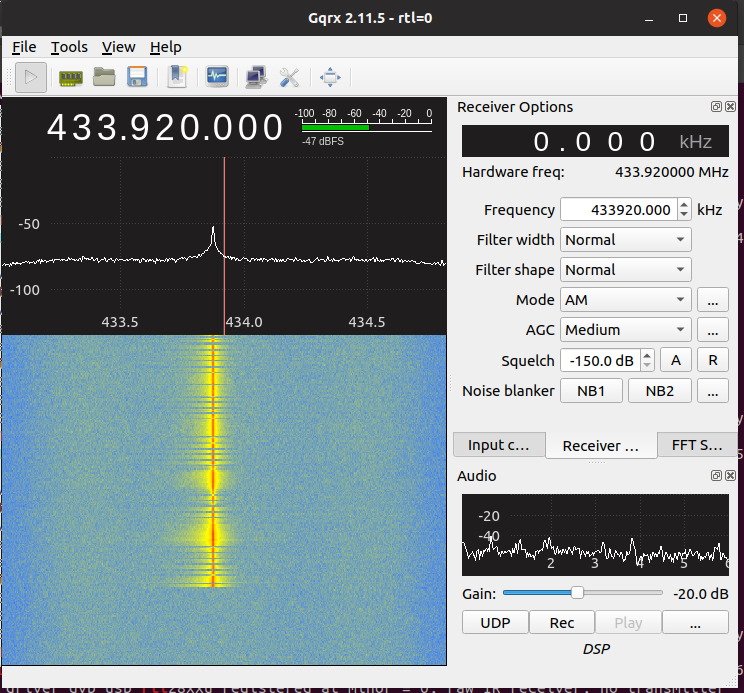